A special visit to Horsley Towers – home of Ada Lovelace 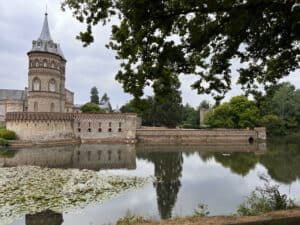 The area around the town of Guildford in the Surrey Hills is recognised as one of the top technology centres in Europe. It hosts companies such as EA Games, is home to the University of Surrey which is leading the way with 5G technology and in the University main square stands a statue of Enigma Code breaker and Guildfordian, Alan Turing. What is less well known is that the person recognised as the first computer programmer in the world was also from this area – and a very famous lady she was too! 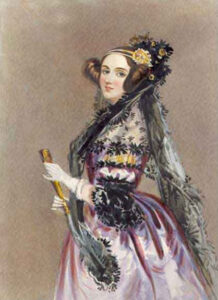 Ada Lovelace was born in 1815, daughter to the infamous poet Lord Byron and wealthy heiress Annabella Milbanke. She was an extremely talented mathematician and writer who collaborated with Charles Babbage on his work creating the first mechanical general purpose computer. She was the first to recognise that the machine had applications beyond pure calculations and to publish the first algorithm intended to be carried out by this machine. The first modern widely used computer language was named in her honour – ADA.

Ada married William King-Noel, 1st Earl of Lovelace and they lived for many years at Horsley Towers in West Horsley, just outside Guildford. This is an extraordinary Tudorbethan fashioned building, designed by the same architect who created the Houses of Parliament – Charles Barry. It is now a hotel, conference centre and wedding venue.

Surrey Hills Society members were recently treated to a fascinating talk on Ada Lovelace by local historian, Roger Price. This was followed by a tour of the garden before returning for lunch on the terrace. After lunch we were able to access the exquisitely decorated family chapel.
It is amazing to think that a local Surrey Hills resident helped lead the way to modern computer technology. In fact, Ada Lovelace is known as ‘the mother of computing’.