Book Launch to mark 60 years of the Surrey Hills AONB 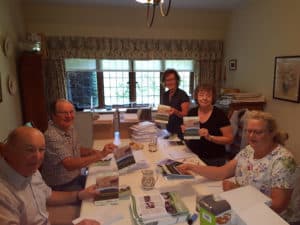