How lucky we were to chose the first sunny day for several weeks for Chairman’s Day at Buckland. 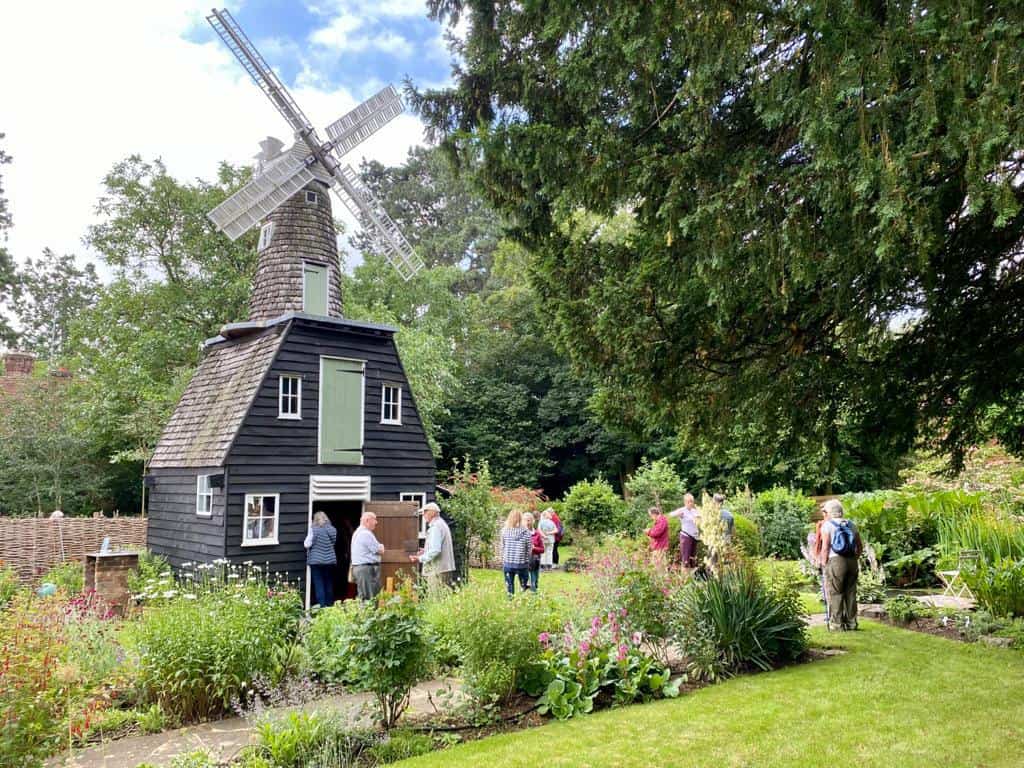 Our morning started at the home of our guide for the day – local historian Duncan Ferns. Yewdells is a Grade II listed building built in 1713 and we enjoyed our welcome tea and coffee in Duncan’s delightful garden, which he personally designed. That was not all – situated in the garden is the only surviving wind-powered sawmill in the UK. Built between 1860 and 1870, the mill powered a timber saw and was used by the Sanders family who ran their sawyers business from the site.

Duncan then led us a wonderful tour of Buckland Village, which included a visit to Buckland Parish Church. 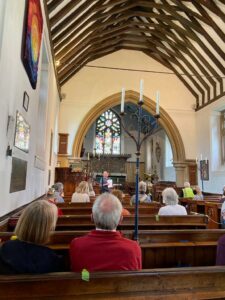 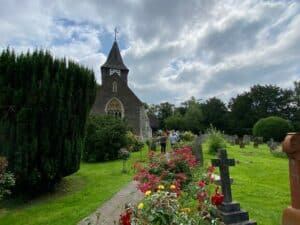 There has been a church on this since the Domesday Book and probably earlier. Parts of the church are thought to have been built in 1380 although it was extensively refurbished in 1860.

Other highlights of the tour included a visit to the former Old Parsonage where we admired the original late Georgian frontage and the fabulous views across to the North Downs.

We also heard about and visited Buckland’s three village greens, which arose because the entire village was moved to avoid the Plague. The current green is idyllic with a an old timber barn and picturesque village pond along one edge and the Old School and a number of timbered cottages opposite.

Duncan then led us on a 30 minute across the fields and into the Buckland Estate, which is newly open to the public.

Here we enjoyed an excellent meal overlooking Park Lake, which was a former gravel pit.  Buckland Sand has been quarried since the 1920’s. Sand extraction activities were completed in 2014 and whole area has been sensitively restored with a view to reintroding biodiversity. Over 100 bird species have been recorded in the area. 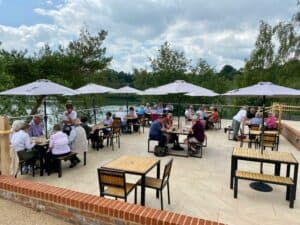 Duncan was ideally placed to tell us all about the area as he was the Estate Manager until very recently. The newly opened Cliffe Cafe served an excellent meal and most of us felt the need to stretch our legs for 40 minutes around the perimeter of the Lake before returning to our cars. 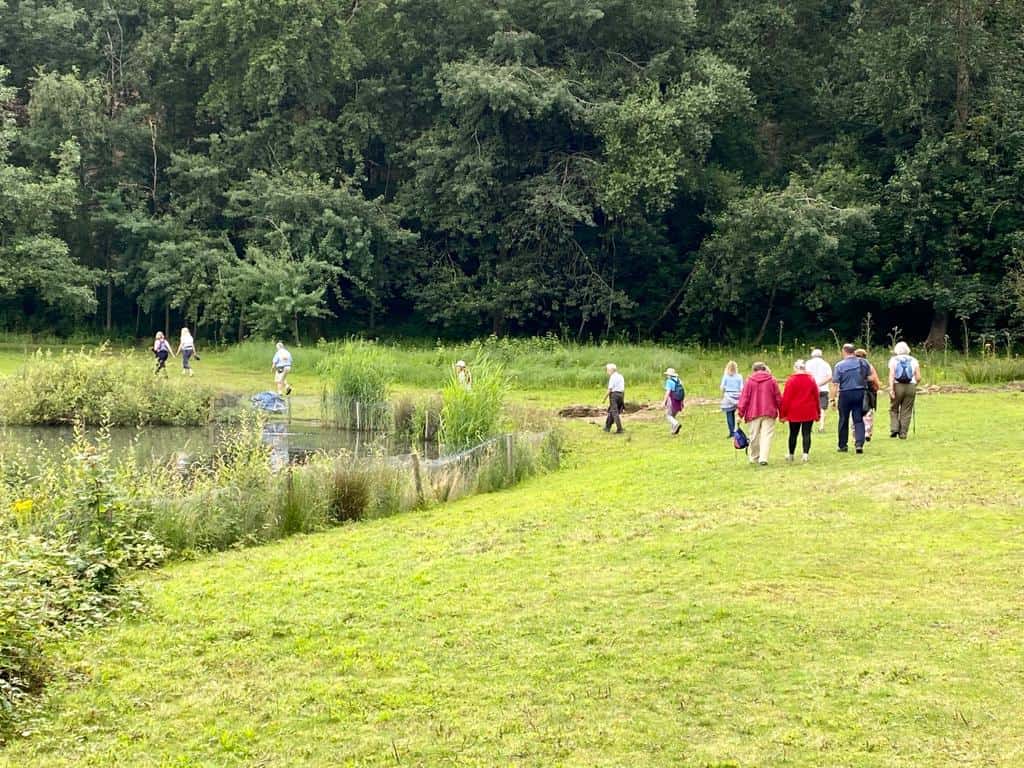 All in all a fabulous day which will be remembered by all for some time to come.