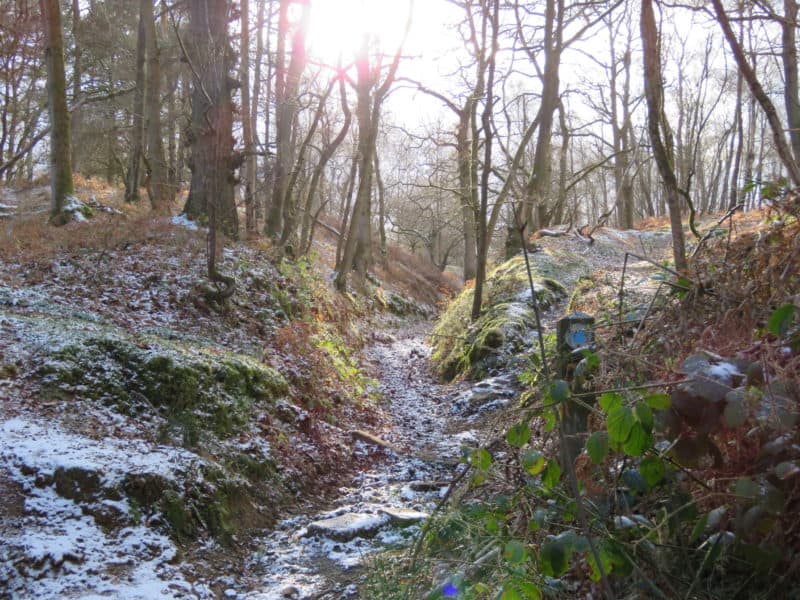 Would it be on? Would be off?  As the “Beast from East”, Siberian weather battered the UK in the week running up to The Surrey Hills Society Free monthly walk for March, this was the topic of debate among organisers. A very pleasant winter wonderland walk was had on Monday 26th February by Walk Leaders, Chris Howard and Jeff Holliday. “Looking at the weather forecast we realised this was probably the only day we had to check the route before the snow really set in”, said Chris. “It was very pretty walking in the flurries of snow, as the bad weather set in that afternoon.”

And on the day, it was definitely worth putting in the preparation as the day dawned bright, with a “barmy” 8 degrees predicted. With all the snow virtually disappeared,  a muddy, rather than snowy, walk was had.  Jeff said” It was so good to get out again after being stuck indoors since Tuesday, due to adverse weather conditions”.

The heathlands of Albury and Blackheath are incredible wilderness areas that until the 20th century were wide open heathlands or heather and gorse.  The poor sandy soil means the area was never great for farming, but peasant farmers did graze the land with their cattle and sheep, which always kept the trees at bay.

After the First & Second World Wars the government incentivized landowners to plant pine trees on the heaths. The pines, invasive birch trees and other species have spread to cover most of the heathlands in Surrey now, as farming became more and more challenging in Surrey. 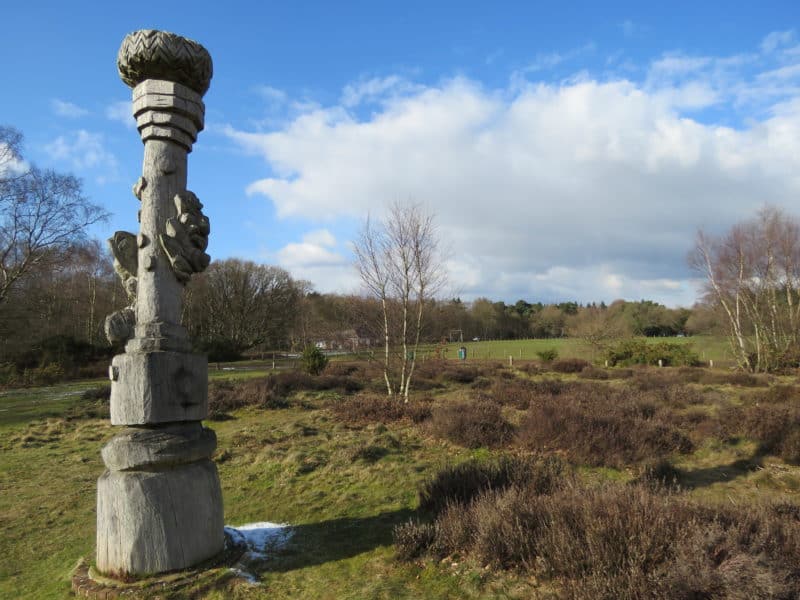 This walk had a variety of landscapes. Starting on Albury Heath amongst the heather it quickly enters birch woodland.  After dropping down off the hill, you traverse around the rolling grasslands of a farm, before enjoying a stiff hike up the hill to Blackheath through a pretty pine plantation.

“We passed trout fisheries, quaint cottages and even a small training race course. The William IV pub, nearby is a really pretty historic pub that is very popular with walkers, where some of us retired for a quick drink” added Chris. “Some went off to visit the ancient Saxon church nearby, while others headed for the Drummond Arms in Albury for a well- earned Sunday lunch.