The Tillingbourne Tales taken to schools 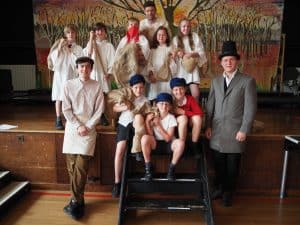