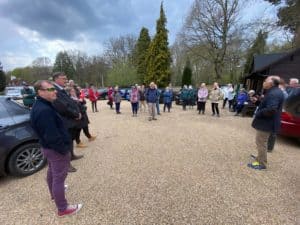 Surrey Hills Society members spent a fascinating afternoon at Brookwood Cemetery on Saturday 1st May as part of the Surrey Day celebrations.

Although not in the Surrey Hills, Brookwood Cemetery is a hidden gem hidden in the countryside just outside Woking. It is the largest necropolis in western Europe and has many listed mausoleums and statues. It is also a Grade 1 Listed arboretum and is a wonderful place to walk through. 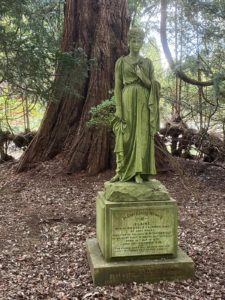 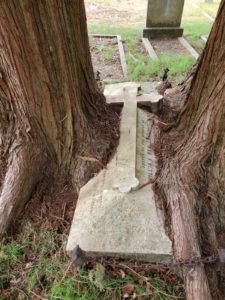 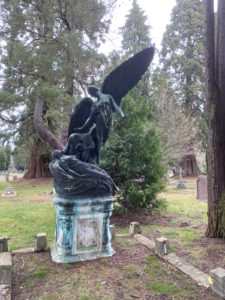 The Brookwood Cemetery Society was formed in April 1992. It works to promote the wider interest in the cemetery which the Society believes should be a site of national importance.  Moreover, the site has the potential to become a World Heritage Site. The Society seeks to ensure the long term future of Brookwood Cemetery.  It assists with maintenance, clearance and restoration work and it helps relatives locate graves within the site.  It also works to ensure the cemetery remains a valuable haven for flora and fauna.

We were also joined by the outgoing High Sheriff, Shahid Azeem, a British-Pakistani entrepreneur, who left school without a single curricular qualification and went on to run a football club. He was appointed High Sheriff for Surrey for 2020 – a direct servant to Her Majesty Queen Elizabeth II. It is an esteemed position that dates back more than 1000 years and there are only 45 High Sheriffs, out of a national population of more than 70 million. Shahid Azeem is the first male of Pakistani origin ever to hold the Royally-appointed title of High Sheriff.

Shahid Azeem arrived in Britain in 1969 as a 9 years old son of a migrant from the city of MatoreThesilKahuta in Pakistan. He was expelled from school at the age of 12, faced bullying and racism but joined a computer system company to make an independent living. He started selling fish and chips at a local ship. His father worked at British Rail as a porter and family lived in a 2 bedroom house shared with others in Guildford.  A determined Shahid Azeem went on from doing menial jobs to building a multi-million pound IT business. 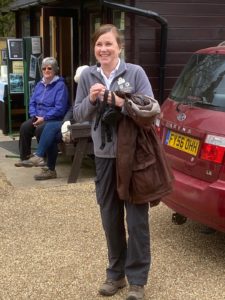 Shahid Azeem loved football in his youth and started playing for local teams. He went on to become chairman of National League outfit Aldershot Town.He has also recently been appointed as an independent Director of Woking Necropolis and Mausoleum Limited.

Shahid spoke to our members about his time as High Sheriff during this challenging year . He spoke of the real community spirit he witnessed during Lockdown and hoped it would continue post the pandemic.

Thanks to our Vice President Chris for organising a very enjoyable visit with tea and cakes afterwards.