“Thank you for a lovely morning at Denbies Hillside! We never knew it was there, but will be visiting the area again soon. Rob was very informative about the work of the National Trust in that area, as well as the flora. We are so lucky to live in such a special part of the country!” – Tamsin Wilkins 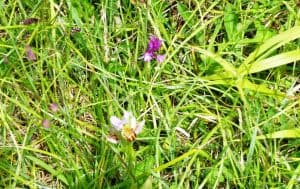 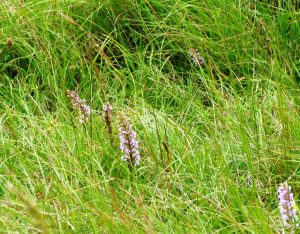 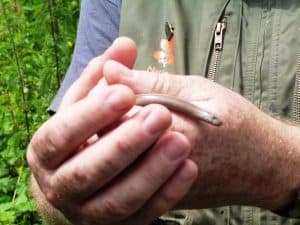 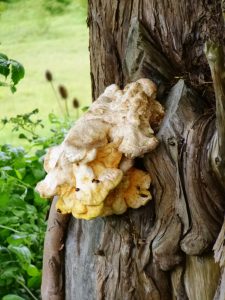 Thank you very much Lynne for providing all the pictures!

More that 50 happy Society members visited historical Guildford with the Chairman Chris Howard under the burning sun. Many hidden ‘gems’ and unknown stories were discovered during the day! Chris just knows how to create a fascinating and memorable event.

A couple who have lived in Guildford and been members for many years commented their experience: “A big thank you to Chris Howard and all other SHS ‘staff’ involved in the Chairman’s Day event.  We found it to be a most enjoyable and interesting day, during which we learned a lot and saw places that were new to us – despite being Guildford residents for 45+ years!

The only ‘down’ side was the extreme heat – but even SHS can’t control that!

Despite being SHS members for some time, this is only the second event we have managed to attend – but we look forward to joining in many more occasions in the future.” 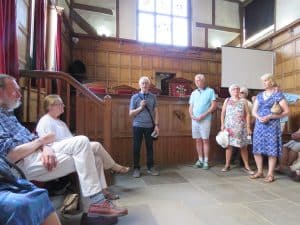 Nick Bale from Guildford Town Guides speaking to SHS members at the Guildhall.

Fabulous day out exploring the sounds of the Surrey Hills around Guildford on Sunday 4th June’s free walk with the Surrey Hills Society.  Ali Clarke from Surrey Hills Arts, along with sound artist Neil Cahoon, led a fascinating walk along the North Downs Way focussing our attentions on the sometimes forgotten sounds around us in the countryside.

The Soundscape project is dedicated to the sounds and soundscape of the North Downs Way. It is a collection of field recordings sound walks, essays, flash fiction and poetry, centred on the section of the North Downs Way between Chantry Wood and Silent Pool. The installation consist of a series of site specific texts displayed on wooden “Listening Posts” – complete with QR codes linked to some of the field recordings on this website.

Neil explained that he was inspired by the work of early 20th century, American composer John Cage, who is perhaps best known for his 1952 composition 4′33″. This is performed in the absence of any deliberate sound; musicians who present the work do nothing aside from being present for the duration specified by the title. The content of the composition is not “four minutes and 33 seconds of silence,” as is often assumed, but rather the sounds of the environment heard by the audience during performance.

Neil continued in this theme by asking our group to stand for 4’ 33” minutes.  At first this requests seemed odd and uncomfortable- standing in a car park in the Chantries, while the world around us continued to whizz by. It probably did look odd to passers-by.  However, within about a minute I physically felt my shoulders drop, as the sun burned down on my face, the wind rustled in the trees above and bird song all around me.  I then became aware that the sound waves were also interrupted by the sound of a car passing on the road to my right, the faint humming noise of plane far up in the bright blue sky soon can and went. Then towards the end of the 4 ‘ 33” the rhythmic pulse of a train speeding along from Guildford to Godalming ended the frame beautifully.

In my newly relaxed and more open-minded state, I was then able to focus in on the sounds around me as we walked through the beautiful landscape of the Surrey Hills. To aid us in this task we were also given the opportunity experience wearing the sound equipment that Neil had used in the project.  By wearing ear-phones and using a microphone, the sounds around you are amplified, allowing you to eaves drop on private conversations of walkers further down the track, hear the bird song more distinctly and catch the distant sounds of cows mooing in the field far away in the corner of your vision.

It was a special day out experiencing an often unsung aspect of the Surrey Hills and definitely “opened my eyes”, or should I say “ears” to the special sounds of the countryside that we often take for granted, or worse don’t even notice.