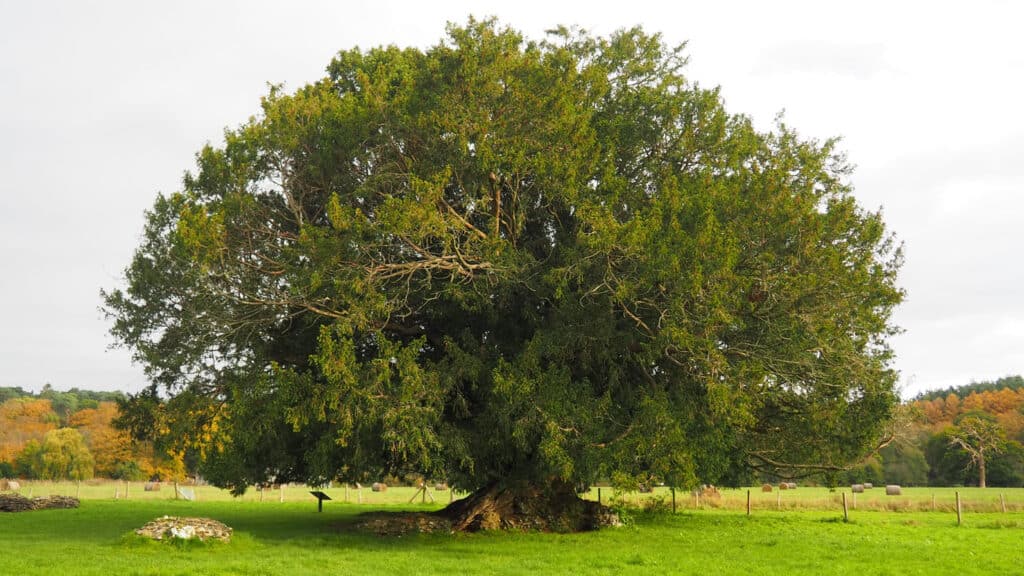 For the last twelve years, The Woodland Trust has held an annual competition to select the Tree of the Year.  The 2022 winner has just been announced and we are proud to note that the winning tree is a venerable Yew at Waverley Abbey near Farnham – a destination within the Surrey Hills that the Society has visited on a number of occasions. 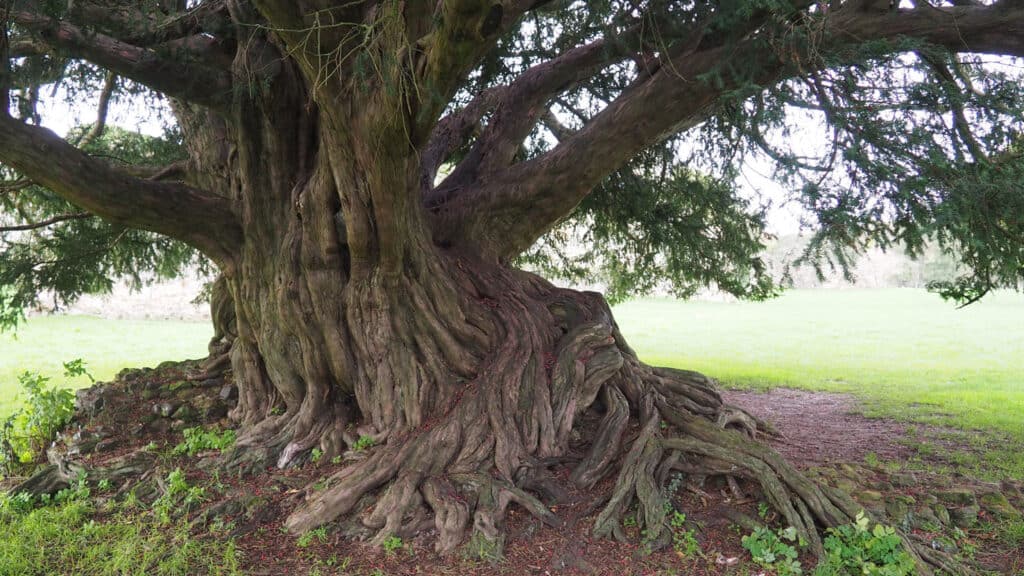 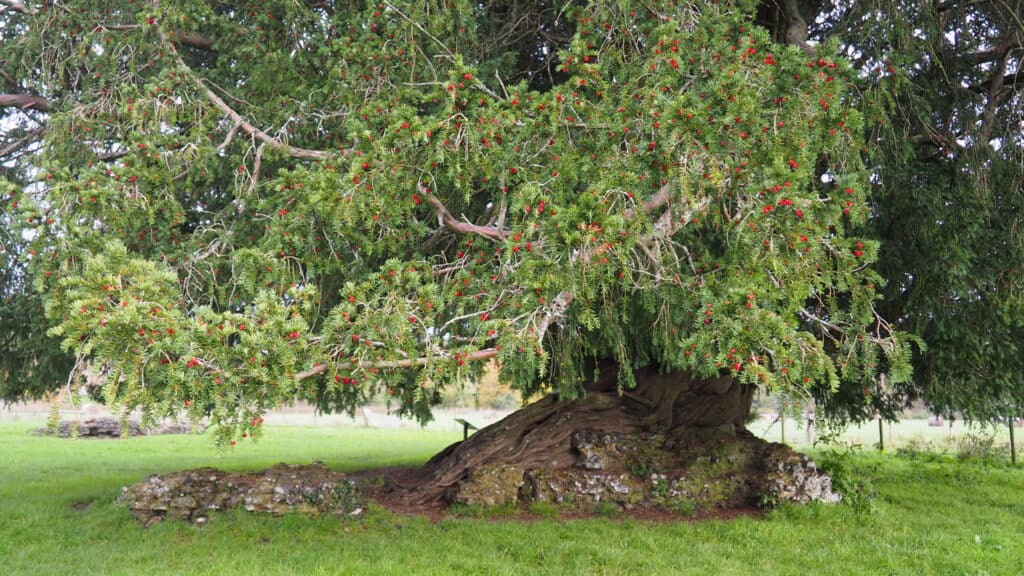 As you can see from the various photos, it is a beautiful tree with roots that sprawl out above ground before plunging into the earth. Not only is it a wonderful tree but it fits so well into the landscape and ruins of Waverley Abbey – the first Cistercian Monastery established in England 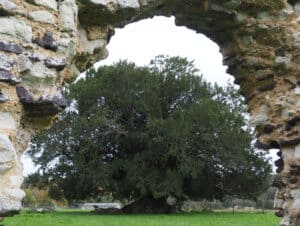 The Yew won with an impressive 16% of the vote. In second place was The Portal Tree Rowan in Midlothian which took 11% of the vote. Third place went to Derbyshire’s Layering Horse Chestnut, with 10% of the votes.

This national Tree of The Year competition aims to highlight how vital trees are for our landscapes and our lives whilst celebrating ancient trees that have withstood the test of time. Each is a constant safe haven for wildlife in a changing and sometimes disconnected landscape. The Waverley Abbey Yew proved to be a wonderful example of how important trees are. Its multi-stemmed form, dotted with holes, crevices and areas of decay, is an invaluable habitat for wildlife.

Having won the UK vote, this tree now becomes the national entry for European Tree of the Year 2023.  Now that really would be an accolade!

More details may be found on the Woodland Trust website.

During October Half Term, we teamed up with Leatherhead Youth Project to carry out two days of practical conservation work as part of their ‘Making Good Project’. This is a project which aims to get young people engaged with communities through positive action projects.

The first day was spent at Newlands Corner, which is part of Surrey County Council’s Countryside Estate. This area is made up of both woodland and chalk grassland, which is very important for insects particularly butterflies. Here, the group met the Surrey Choices Growth Team. 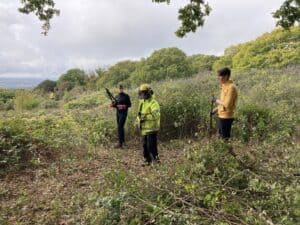 The Growth Team comprises of a group of adults with learning disabilities who carry out important conservation and access work across Surrey. They have been working up at Newlands Corner, to clear encroaching bramble and scrub from the grassland to encourage its restoration but also to help open up the viewpoint and create more places for people to sit.

The group split into two, one group off to tackle the scrub with the Growth Team, while the other half of the group, worked on assembling a bug hotel using recycled signposts and wood from the countryside. 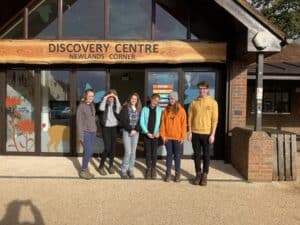 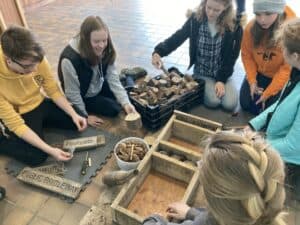 They did this in the recently opened Discovery Centre, which was a brilliant space and great for the group to experience. After a scenic lunch and quick mooch around the Dormice Trail, the groups switched over so that everyone could experience both activities.

On the second day, the young people met us at Banstead Heath for a day of tree popping alongside the Banstead Commons Conservators. Tree popping involves removing small unwanted trees by the root, to avoid them growing back. This is done by using a tree popper – essentially a giant lever which grips the tree in its jaw. 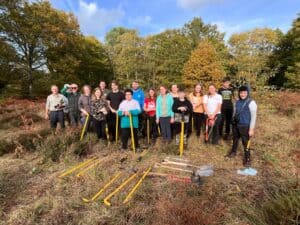 We were really impressed by the grit and determination of everyone and the competition to see who could achieve the longest root was met with enthusiasm. We were also very lucky to see an adder basking in the late October sunshine, proof that the work we were doing was important for the heathland species that live there.

It was great for the young people to work in partnership with three different organisations, learning new skills and enjoying being together outside.

It was particularly rewarding for the Growth Team to be able to show the group from Leatherhead Youth Project what they do and for them to work together in partnership for the benefit of people and nature.

Thank you so much to everybody that was involved in making the two days a success!