Our bird walk at Bookham Commons

What a fantastic walk we had ambling along with bird enthusiast, Chris Burchell.  We started watching buzzards hovering gracefully over the car park and learnt so much from Chris about some of our common woodland species.  We paid a visit to the lakes, originally installed by the monks of Chertsey Abbey to provide fish for food, and now the home of 9 Canadian goslings as well as a number of mallard and a coot.

However the best was yet to come.  Chris led us towards the area called “the Plains” where we were incrediby lucky to hear a nightingale singing strongly.  A fantastic experience – there are only 50 pairs in Surrey and the nightingales only re-appeared at Bookham 3 days ago afgter an estimated 7 year absence. Yet this was not the end.  After a heavy shower Chris spotted a lesser whitethroat which is also extremely rare and which the whole group were able to watch through binoculars.

All in all a wonderful morning and many many thanks to Chris for giving up his time and sharing his great expertise. 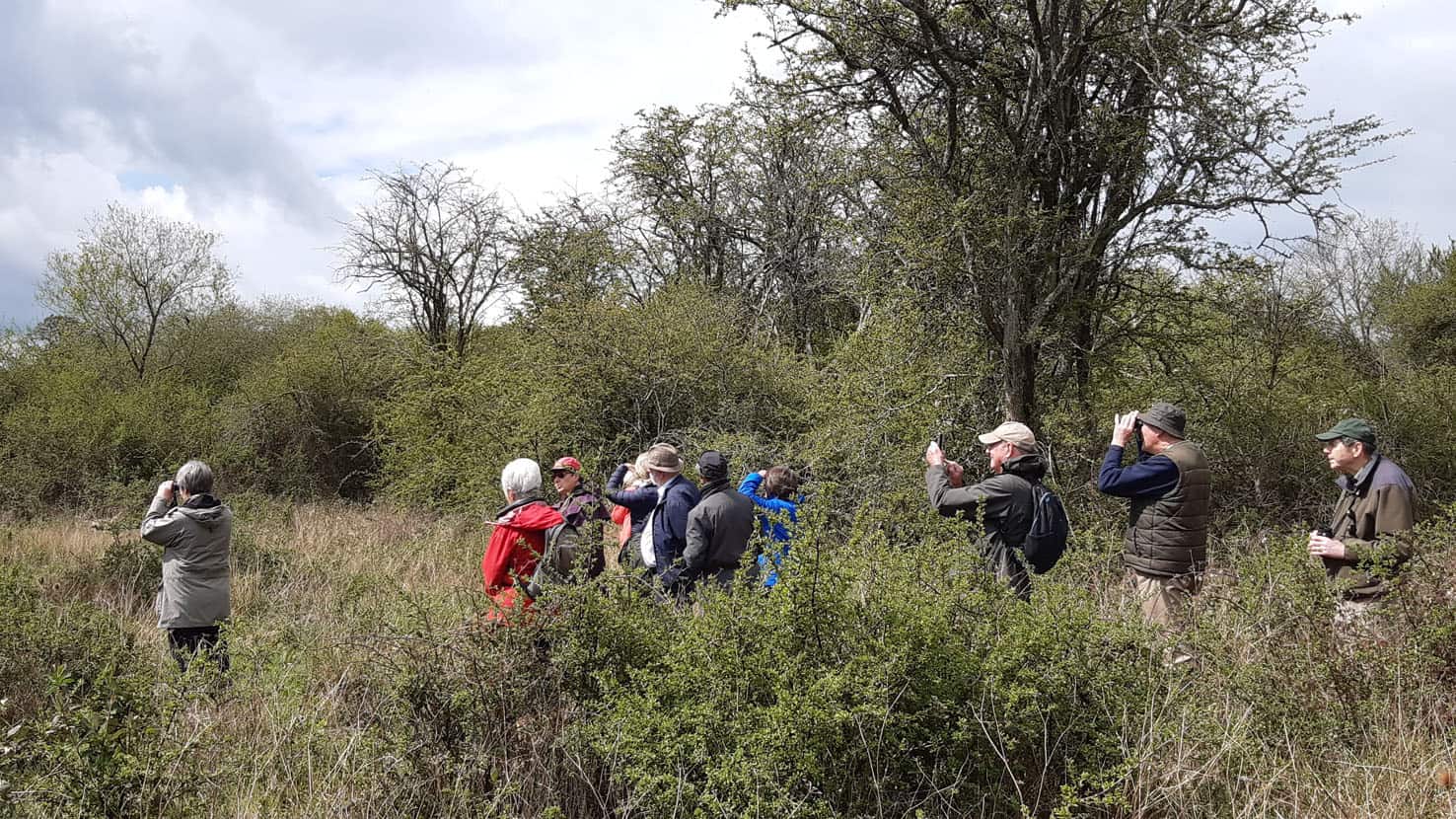 All was going well and then. 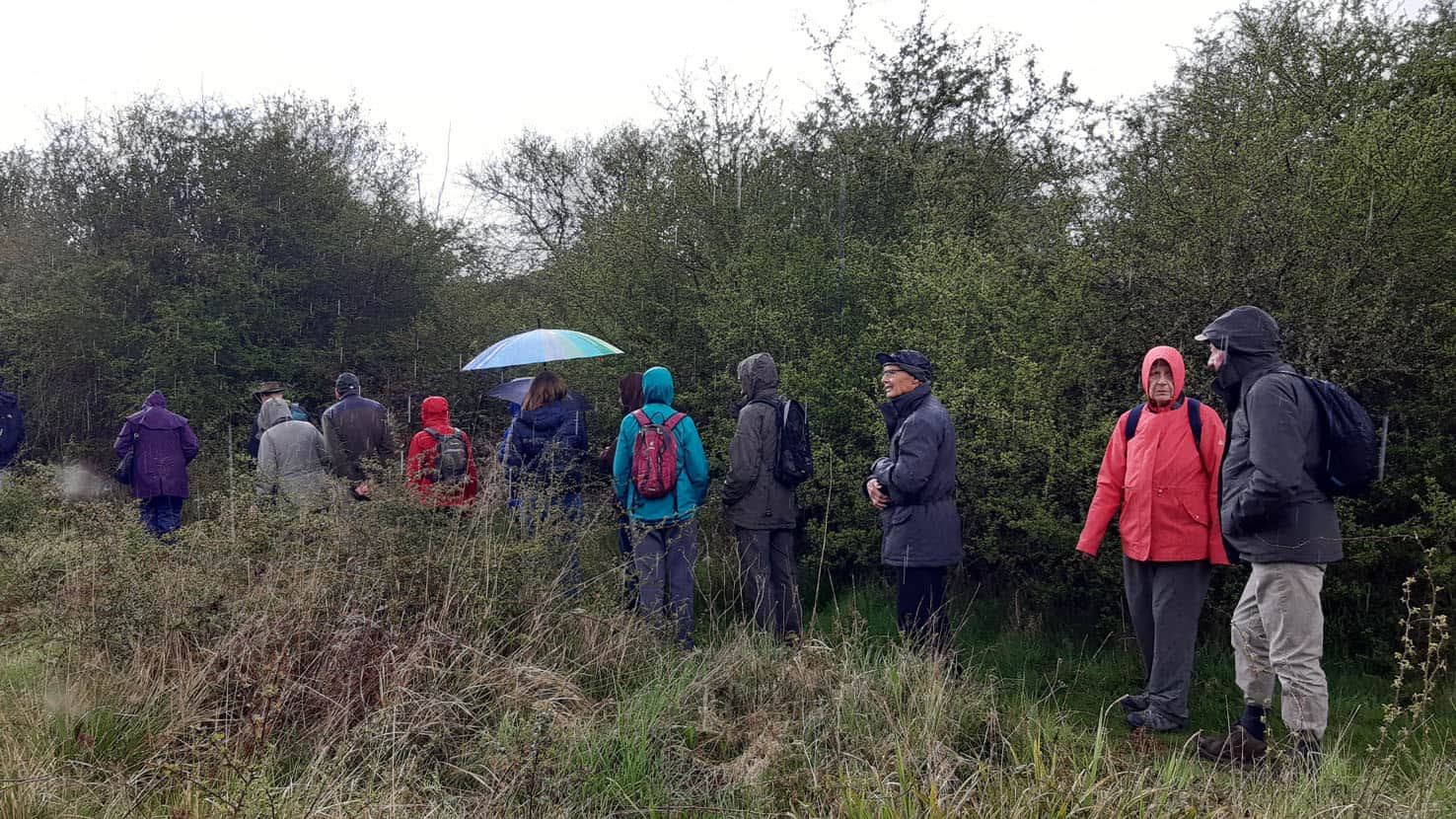 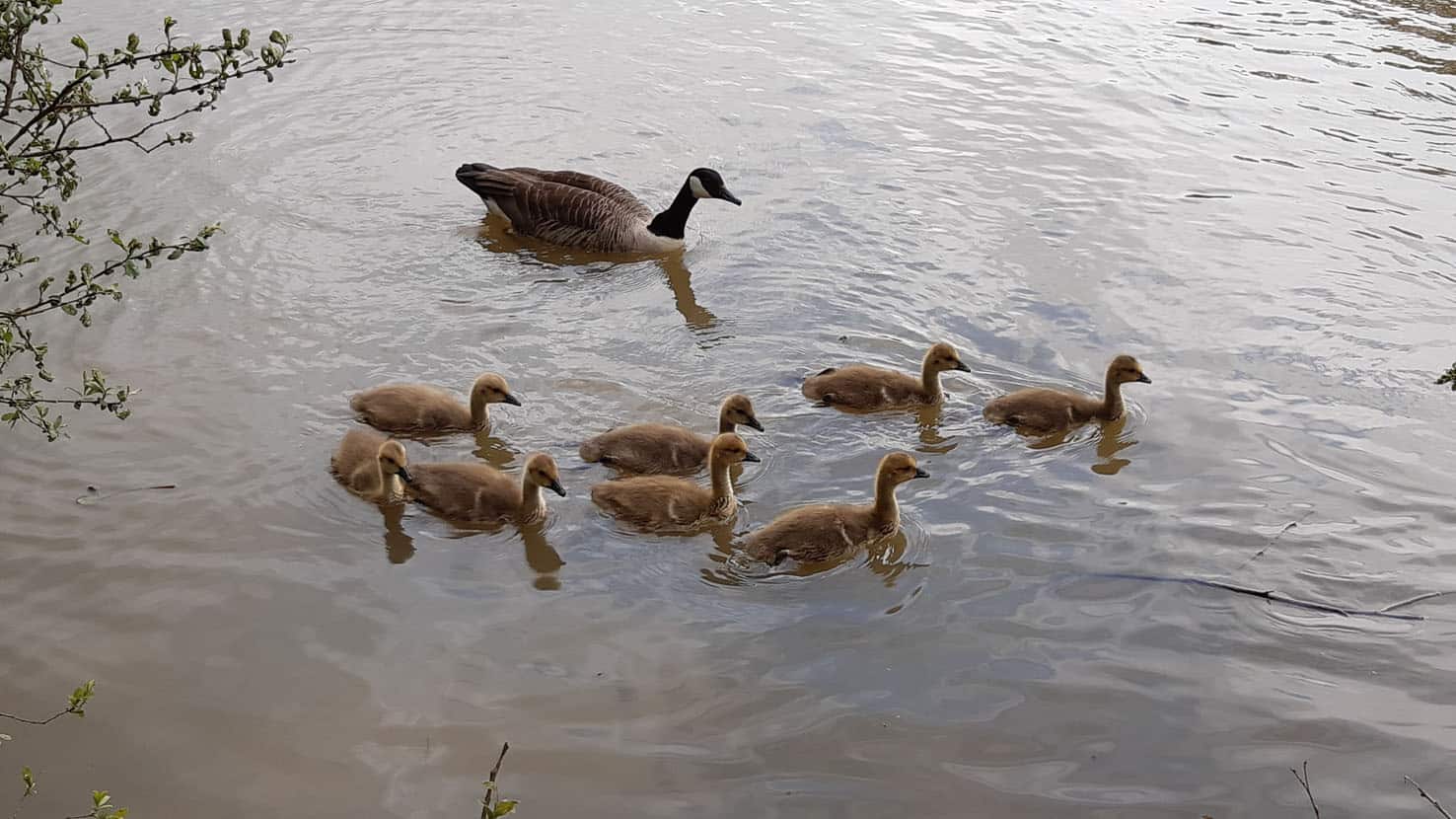